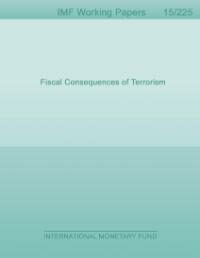 Fiscal Consequences of Terrorism
Mr. Serhan Cevik and John Ricco
This paper provides an empirical analysis of how the frequency and severity of terrorism affect government revenue and expenditure during the period 1970–2013 using a panel dataset on 153 countries. We find that terrorism has only a marginal negative effect on tax revenue performance, after controlling for economic and institutional factors. This effect is also not robust to alternative specifications and empirical strategies. On the other hand, we find strong evidence that terrorism is associated with an increase in military spending as a percent of GDP (and a share of total government expenditure). Our estimations reveal that this impact is greater when terrorist attacks are frequent and result in a large number of fatalities. Empirical findings also support the view that public finances in developing and low-income countries are more vulnerable to terrorism than those in countries that are richer and diversified.