About one-quarter of the world’s central banks apply IFRS with approximately a quarter more looking to IFRS for further guidance where their local standards do not provide enough guidance. Given the varied mandates and types of policy operations undertaken by central banks, there also exists significant variation in practice, style, and the extent of the financial disclosures in both the primary statements and in the note disclosures. By their nature, central banks are unique in their jurisdiction and so do not always have local practices and examples they can follow. Although the major accounting firms have created model disclosures intended for commercial banks, these are often not totally appropriate for a central bank. The application of IFRS across central banks differs based on the mandate of the central bank and the capacity of the accounting profession in the specific jurisdiction. An analysis of international practices, such as those undertaken in preparing these model statements, may help address questions about the structure of the statements themselves as well as the organization of the note disclosures. As a consequence, each central bank following IFRS has largely developed its own disclosures with only limited reference to others. Input from the external auditors has been significant, but some of this has been determined by the approach used by the specific auditor’s style for commercial banks rather than central banks. Auditors do not always fully appreciate the differences between a commercial bank and a central bank, which has a different role and undertakes transactions to meet its policy objectives. This has often led to an over emphasis of items not material in the context of a central bank and insufficient disclosures on operations or accountabilities specific to the functions of the central bank. 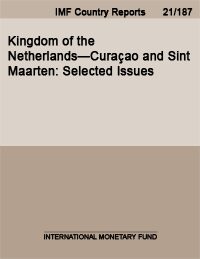 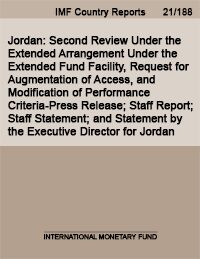 Jordan: Second Review Under the Extended Arrangement Under the Extended Fund Facility, Request for Augmentation of Access, and Modification of Performance Criteria-Press Release; Staff Report; Staff Statement; and Statement by the Executive Director for Jordan
International Monetary Fund. Middle East and Central Asia Dept.
Early success in containing the spread of COVID-19 has been challenged by two subsequent waves of the pandemic. Timely and effective fiscal and monetary policy responses helped contain the contraction in activity to 1.6 percent in 2020, shallower than the 3 percent expected at the first review. The authorities have also made significant efforts to protect jobs and the most vulnerable. Still, unemployment has surged to a record 25 percent in Q4 2020, with youth unemployment at 55 percent. The impact on fiscal and external balances has been significant, with public debt reaching 88 percent of GDP at end-2020. Nonetheless, despite the challenges from new virus variants and weaker tourism prospects, macroeconomic stability has been maintained, thanks to the authorities’ proactive policy stance; and a moderate 2 percent growth rate is projected for 2021 (slightly below the 2.5 percent projected in the first review), with a near-full reopening expected in the summer. The new parliament extended a vote of confidence to the incoming government in January, and approved the 2021 budget—consistent with the program—in February.