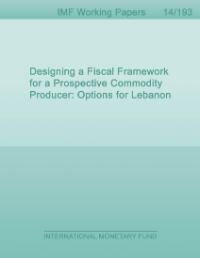 Designing a Fiscal Framework for a Prospective Commodity Producer: Options for Lebanon
Mariusz Jarmuzek, Diego Mesa Puyo, and Najla Nakhle
Lebanon is expected to have gas resources in its Mediterranean basin, and these could turn the country into a natural gas producer over the next decade. Lebanon’s economy and institutions will thus need to adapt to the challenges and opportunities that such change will bring. In this paper, we address how Lebanon’s fiscal framework will need to be reformulated to take into account potential resource revenue. Designing a fiscal regime appropriately is an absolute prerequisite to make sure the government can receive a fair share of the resources while investors face appropriate incentives to invest and develop the sector. This step should be followed by setting macro-fiscal anchors and supporting institutions. The prospective framework should initially be focused on ensuring fiscal sustainability and intergenerational equity, given the estimated relatively short horizon of Lebanon’s gas resources. Strong institutional arrangements also need to underpin the prospective framework, to ensure that the pace of resource wealth’s use is set in line with Lebanon’s capacity constraints. 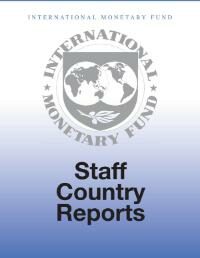 Lebanon: Report on Observance of Standards and Codes-Fiscal Transparency Module
International Monetary Fund
This Report assesses the Observance of Standards and Codes on Fiscal Transparency for Lebanon. There appears to be insufficient public understanding of, or interest in, the critical need for sustained fiscal reforms. The government’s program of reform needs to be based on more analysis, including a clearly articulated vision of what the strengths and problems are. The successful implementation of medium-term objectives requires a revamping of the way the government plans, executes, and assumes responsibility for its actions, hence of all elements of budget preparation and execution.