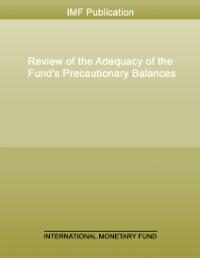 The audited consolidated financial statements of the International Monetary Fund as of April 30, 2020 and 2019 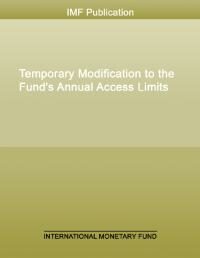 Temporary Modification to the Fund's Annual Access Limits
International Monetary Fund
The COVID-19 pandemic has caused a uniquely severe synchronized shock across the global economy, in turn leading numerous member countries to request substantial financial assistance from the Fund. The Executive Board responded to members’ needs by increasing the access limits under the Fund’s emergency financing instruments by 50 percent of quota for a period of 6 months (until October 5, 2020), subject to a possible extension by the Executive Board. 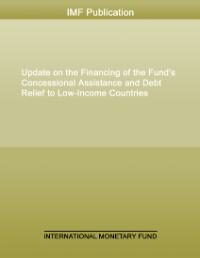 Update on the Financing of the Fund's Concessional Assistance and Debt Relief to Low-Income Countries
International Monetary Fund. Strategy, Policy, &, Review Department, and International Monetary Fund. Finance Dept.
"The Fund is adapting its framework for providing support to low-income countries (LICs) amid rising vulnerabilities. Despite a global economic upswing, many LICs continue to face difficult fiscal and external positions, aggravated by increasing debt levels and natural disasters in many countries. In this context, the Executive Board approved in May 2017 higher annual access limits under the Rapid Credit Facility (RCF) for balance of payment needs arising from large natural disasters and in May 2017 decided to keep the list of Poverty Reduction and Growth Trust (PRGT)-eligible countries unchanged notwithstanding rising per capita income levels. A comprehensive review of PRGT facilities is underway to consider potential adaptations of program modalities and access policies. PRGT demand in 2017 was above the historical average for the third year in a row. New commitments totaled SDR 1.7 billion, the highest level since the global financial crisis. Demand is expected to moderate somewhat in 2018. Longer-term demand estimates are broadly unchanged from last year’s update, and remain generally consistent with the self-sustaining PRGT financing framework adopted in 2012. Loan resources have been successfully replenished, while subsidy contributions remain somewhat below pledged amounts. The 2015 fundraising round mobilized slightly more than the initial target of SDR 11 billion in new loan resources from 15 PRGT lenders, which should provide adequate loan resources into the next decade. By contrast, progress has been limited in collecting the remaining pledged resources for subsidizing the interest on PRGT credit. The PRGT self-sustained capacity remains intact. The PRGT’s self-sustained long term average annual lending capacity is estimated at SDR 1.31 billion, broadly unchanged from last year’ estimate. While capacity estimates are sensitive to a variety of factors, they remain relatively close to the target of SDR 1¼ billion under a number of shocks. The Catastrophe Containment and Relief Trust (CCR Trust) remains underfunded. Funding is below the original targeted amount of new bilateral contributions totaling US$150 million, and the gap is more sizeable when considering the increase of members’ quotas under the 14th General Review of Quotas. To meet funding needs for future qualifying catastrophe relief, it is important that countries with outstanding pledges fulfill their commitments and for additional countries to come forward. Additional financing would be required to provide debt relief to members with protracted arrears. Debt relief under the Heavily Indebted Poor Counties (HIPC) Initiative is winding up, with only two potentially eligible countries left with outstanding Fund credit. These are the protracted arrears cases of Somalia and Sudan. Additional resources would be required to finance the Fund’s participation in debt relief when these countries are ready to undertake the HIPC Initiative process"

This evaluation assesses the IMF’s work on countries in fragile and conflict-affected situations (FCS), addressing both (i) its engagement through surveillance, lending, and capacity development and (ii) the frameworks and procedures for its engagement. It finds that the IMF has provided unique and essential services to FCS to restore macroeconomic stability and rebuild core macroeconomic institutions as prerequisites for state building, playing a role in which no other institution can take its place. In this critical role, it is broadly acknowledged to have had a high impact. While the IMF has provided relatively little direct financing, it has catalyzed donor support through its assessment of a country’s economic policies and prospects. Notwithstanding this positive assessment, the IMF’s overall approach to its FCS work seems to have been conflicted. Not only has it failed consistently to make hard choices necessary to achieve full impact from its engagement in countries where success requires patient and dedicated attention over the long haul, but past efforts have not been sufficiently bold or adequately sustained, and the staff has tended to revert to treating fragile states using IMF-wide norms, rather than as countries needing special attention. The report proposes six recommendations to improve the effectiveness of the IMF’s FCS work: (i) to issue a statement of high-level commitment to FCS work for IMFC endorsement; (ii) to create an effective institutional mechanism with the mandate and authority to coordinate and champion such work; (iii) to develop comprehensive strategies for individual FCS; (iv) to adapt its lending toolkit to deliver more sustained financial support to FCS; (v) to take practical steps to increase the impact of its capacity development support to FCS; and (vi) to take steps to incentivize high-quality and experienced staff to work on individual FCS and find pragmatic ways of increasing field presence in high risk locations. 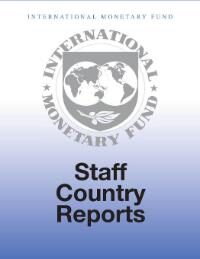 This paper reviews recent experience of African countries in the design and implementation of adjustment programs supported by use of Fund resources.