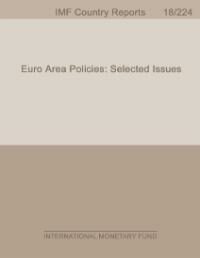 Euro Area Policies: Selected Issues
International Monetary Fund. European Dept.
This Selected Issues paper focuses on long-term impact of Brexit on the European Union (EU). This paper examines consequences of Brexit on the EU27 under various post-Brexit scenarios by using two different complementary approaches. Our results, which are broadly in line with recent findings in the literature, are twofold. First, Brexit would have negative effects on the EU27 as well, given the depth and the complexity of the EU-U.K. integration. Similar to various empirical studies, it has been observed that the estimated long-term output and employment losses (in percent) for the EU27 in the study are on average lower than the corresponding losses for the UK estimated in the literature. The level of output and employment are estimated to fall at most by up to 1.5 percent and 0.7 percent in the long run in the event of a ‘hard’ Brexit scenario, respectively. A “soft” Brexit outcome would lead to much lower losses. 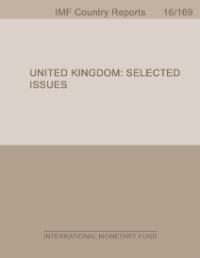 United Kingdom: Selected Issues
International Monetary Fund. European Dept.
This paper aims to provide European Union (EU), while recognizing that the choice of whether to remain in the EU is for U.K. voters to make and that their decisions will reflect both economic and noneconomic factors. The question of EU membership is both a political and an economic issue, and the referendum has sparked a wide-ranging debate on the United Kingdom’s role in the EU. Given the range of plausible alternative arrangements with the EU, the number of channels by which countries could be affected and the range of possible effects on the United Kingdom and other economies are broad.