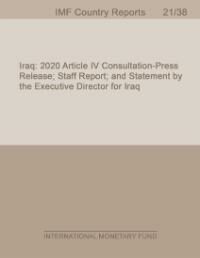 Iraq: 2020 Article IV Consultation-Press Release; Staff Report; and Statement by the Executive Director for Iraq
International Monetary Fund. Middle East and Central Asia Dept.
Iraq's socio-economic fragilities have been severely aggravated by the pandemic and the sharp decline in oil revenues, which arrived on the heels of widespread social unrest and political instability. The health system’s limited capacity has been strained, while the fiscal position has become untenable as oil revenues declined sharply to a level that barely covers the government’s large wage and pension bills. Although the number of new infections declined recently, Iraq registered the second-highest COVID-related fatalities in the region, and the fiscal response to the pandemic has been one of the lowest. A six-month political paralysis preceding the formation of the government in May 2020 and plans to hold early parliamentary elections in mid-2021 have been weighing on political support for reforms. Risks of social unrest, geopolitical tensions, and insecurity remain elevated. 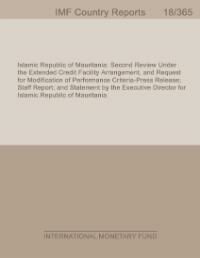 Islamic Republic of Mauritania: Second Review Under the Extended Credit Facility Arrangement, and Request for Modification of Performance Criteria-Press Release; Staff Report; and Statement by the Executive Director for Islamic Republic of Mauritania
International Monetary Fund. Middle East and Central Asia Dept.
Program implementation has been satisfactory. Macroeconomic stability has been maintained, external debt has been stabilized, and several reforms have been launched to modernize economic institutions and the policy framework. Growth is expected to accelerate this year to 3½ percent, supported by FDI and public investment. While the outlook is positive owing to sustained growth in non-extractive sectors, the international environment is less favorable than during the first review. Higher oil import prices and lower commodity export prices weigh on the external and fiscal positions; the economy remains dependent on commodity exports; and debt vulnerabilities and poverty remain high. Downside risks related to global economic developments and regional security are elevated. On the upside, development of the offshore gas field could generate large revenues from 2022 despite short-term costs.