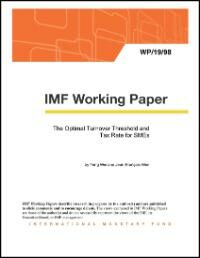 The Optimal Turnover Threshold and Tax Rate for SMEs
Feng Wei and Jean-François Wen
Presumptive income taxes in the form of a tax on turnover for SMEs are pervasive as a way to reduce the costs of compliance and administration. We analyze a model where entrepreneurs allocate labor to the formal and informal sectors. Formal sector income is subjected either to a corporate income tax or a tax on turnover, depending on whether their turnover exceeds a threshold. We characterize the private sector equilibrium for any given configuration of tax policy parameters (corporate income tax rate, turnover tax rate, and threshold). Given private behavior, social welfare is optimized. We interpret the first-order conditions for welfare maximization to identify the key margins and then simulate a calibrated version of the model. 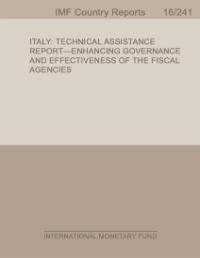 Italy: Technical Assistance Report-Enhancing Governance and Effectiveness of the Fiscal Agencies
International Monetary Fund. Fiscal Affairs Dept.
This Technical Assistance Report discusses measures to enhance the effectiveness of tax administration system in Italy. The Italian tax administration system comprises multiple entities, which demands tight coordination. Tax revenues are high, but collection performance in the main taxes is mixed. The agencies’ accountability framework to the Ministry of Economy and Finance is very detailed and should be more strategic. The agencies have not been empowered to develop their own medium-term strategic plan. A holistic approach to managing risks to the tax system is needed, including targeted compliance strategies. The accumulation of tax debts is alarming, and structural issues need to be addressed urgently. 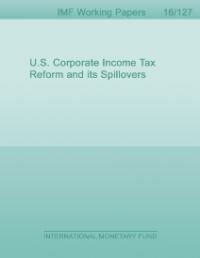 U.S. Corporate Income Tax Reform and its Spillovers
Kimberly Clausing, Edward Kleinbard, and Ms. Thornton Matheson
This paper examines the main distortions of the U.S. corporate income tax (CIT), focusing on its international aspects, and proposes a set of reforms to alleviate them. A bold reform to replace the CIT with a corporate-level rent tax could induce efficiency-enhancing reform of the international tax system. Since fundamental reform is politically difficult, this paper also proposes an incremental reform that would reduce tax expenditures, reduce the CIT rate to 25-28 percent, and impose a minimum rent tax on foreign earnings. Finally, this paper analyzes empirically the likely impact of the incremental on corporate revenues outside the U.S.: Though a U.S. rate cut would likely lower revenues elsewhere, implementation of a strong minimum tax could more than offset that effect for most countries with effective tax rates above 15 percent. 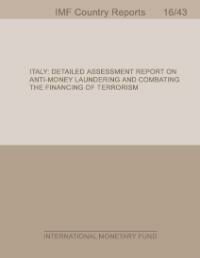 Italy: Detailed Assessment Report on Anti-Money Laundering and Combating the Financing of Terrorism
International Monetary Fund. Legal Dept.
This report provides a summary of the anti-money laundering and combating the financing of terrorism (AML/CFT) measures in place in Italy as at the date of the onsite visit. It analyzes the level of compliance with the Financial Action Task Force recommendations and the level of effectiveness of Italy's AML/CFT system, and provides recommendations on how the system could be strengthened. Italy has a mature and sophisticated AML/CFT regime, with a correspondingly well-developed legal and institutional framework. Law enforcement agencies access, use, and develop good quality financial intelligence. Financial sector supervisors have been using a risk-based approach to varying degrees, but their supervisory tools could be improved. 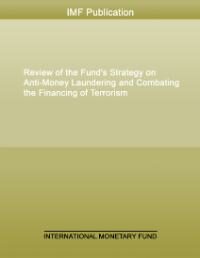 Review of the Fund's Strategy on Anti-Money Laundering and Combating the Financing of Terrorism
International Monetary Fund
The Fund’s Anti-Money Laundering and Combating the Financing of Terrorism (AML/CFT) program represents an important contribution to the international community’s response to money laundering and terrorist financing over the past decade. The program originally focused primarily on (a) AML/CFT assessments – as part of the Reports on the Observance of Standards and Codes (ROSC) program and of the Financial Sector Assessment Program (FSAP) – and (b) capacity development activities. Following guidance provided by the Board in 2011, money laundering, terrorist financing and related predicate crimes issues (hereinafter also referred to as financial integrity issues) are being raised in the context of surveillance when they are judged to affect domestic and balance of payments stability. Moreover, some recent Fund-supported programs have also incorporated financial integrity issues.

Tax amnesties remain as popular as ever as a tool for raising revenue and increasing tax compliance. International experience, however, shows that the costs of tax amnesty programs often exceed the programs’ benefits. This paper weighs the advantages and disadvantages of tax amnesties, drawing on results from the theoretical literature, econometric evidence, and selected country and U.S. state case studies. The authors conclude that “successful” tax amnesties are the exception rather than the norm. Improvements in tax administration are the essential ingredient in addressing the main problems that tax amnesties seek to address. Indeed, the most successful amnesty programs rely on improving the tax administration’s enforcement capacity. ?Given the potential drawbacks of tax amnesties, a few alternative measures are discussed. 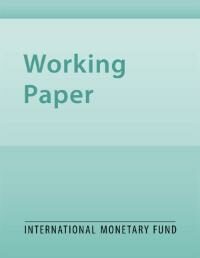 Management of the Nominal Public Debt Theory and Applications
Mr. Pablo Emilio Guidotti and Mr. Guillermo Calvo
Optimal management of the public debt is explored in a context where economic policy is continuously revised because, when the public debt is non—indexed, policy—makers are tempted to use inflation in order to reduce the real value of the public debt. The model’s implications are explored following two approaches. First, the effects of various exogenous disturbances are examined by means of numerical simulations. Secondly, the analysis explores—for Italy, Ireland, and the United States—if the model’s implications concerning the maturity structure of government debt are consistent with actual experience.