Regional Economic Issues, Central, Eastern, and Southeastern Europe
How to Get Back on the Fast Track
International Monetary Fund. European Dept.

This paper discusses the robust growth that continues in most Central and Southeastern European economies as well as in Turkey. Accommodative macroeconomic policies, improving financial intermediation, and rising real wages have been behind the region’s mostly consumption-driven rebound, while private investment remained subdued. In the near-term, strong domestic demand is expected to continue supporting growth amid continued low or negative inflation. The Russian economy went through a sharp contraction last year amid plunging oil prices and sanctions. Other CIS countries were hurt by domestic political and financial woes, as well as by weak demand from Russia. In 2016, output contraction is projected to moderate to around 1½ percent from 4¼ percent in 2015 as the shocks that hit the CIS economies gradually reverberate less and activity stabilizes. In the baseline, a combination of supportive monetary policy and medium-term fiscal consolidation remains valid for many economies in the region. 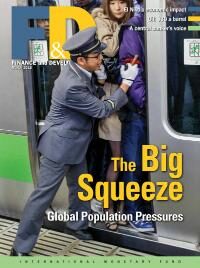 After solid growth in 2015, the Central, Eastern and Southeastern Europe (CESEE) region is now heading into choppy waters. Lower euro area and U.S. growth, tighter global financial conditions, and continued weakness in many emerging economies are creating headwinds. Nonetheless, near-term growth is expected to remain robust in most CESEE countries outside the Commonwealth of Independent States (CIS), thanks to strong domestic demand. At the same time, output contraction is projected to moderate in the CIS, as the shocks that hit the Russian and Ukrainian economies gradually reverberate less and activity stabilizes. While downside risks are now more pronounced than in the fall of 2015, policies in most economies will need to rebuild room for maneuver.

II. How to Get Back on The Fast Track?
International Monetary Fund. European Dept.

Despite the strong cyclical rebound, growth in CESEE remains well below precrisis levels. If lower potential growth in CESEE turns out to be the “new normal,” this would imply a much slower pace of income convergence with advanced Europe. This chapter explores the reasons behind the postcrisis growth slowdown by looking at labor, capital and productivity trends across the region. It also aims to identify the key gaps between CESEE and advanced Europe – with regard to capital deepening and productivity – as well as the specific institutional and structural features of CESEE economies that might explain these gaps. While there is no magic formula for fast convergence, the hope is that this chapter will provide some insights for ongoing policy discussions in the region on how to get back on a fast convergence track.

In the baseline, supportive monetary policy and medium-term fiscal consolidation remain valid for many economies in the region. In the event of a negative growth shock, monetary policy should be the first line of defense, while automatic fiscal stabilizers should be allowed to play freely, provided there is enough fiscal policy room to do so. In case of a major shock and depending on the nature of the shock, fiscal policy should ease within the medium-term adjustment plans that dispel concerns about sustainability. Against the backdrop of mediocre global growth prospects, structural reforms are critical to lift potential growth and re-accelerate convergence.