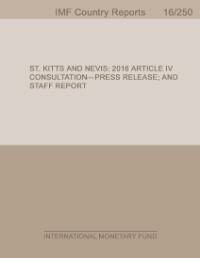 St. Kitts and Nevis: 2016 Article IV Consultation-Press Release; and Staff Report
International Monetary Fund. Western Hemisphere Dept.
This 2016 Article IV Consultation highlights that economy of St. Kitts and Nevis continued its strong growth at about 5 percent, recording the strongest growth in the region during 2013–15. Strong growth has been underpinned by construction and tourism sector activity and their favorable spillovers on the rest of the economy, supported by surging inflows from its Citizenship-by-Investment (CBI) program. Large CBI inflows continued in 2015, albeit at a slower pace. The medium-term outlook is positive, but remains dependent on developments in CBI inflows. Growth is expected to moderate to 3.5 percent in 2016 and 3 percent, on average, over the medium term. 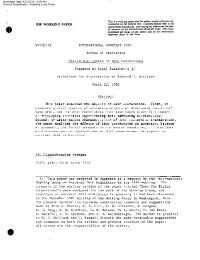