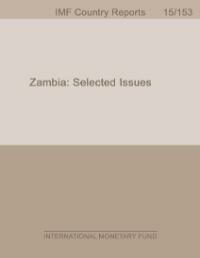 Zambia: Selected Issues
International Monetary Fund. African Dept.
This Selected Issues paper presents an analysis of change in Zambia’s mining fiscal regime. Foreign investment has revived Zambia’s mining sector. However, its mining sector’s direct contribution to government revenues has been low. Reflecting persistent concerns about the low contribution of the mining sector to budget revenues, the government has amended the fiscal regime many times over the last seven years. The 2015 budget introduced major changes to the mining fiscal regime. The authorities estimate that the change would boost budget revenues from the mining sector by about 1 percent of GDP, based on an assumption that the change would have no adverse impact on production. 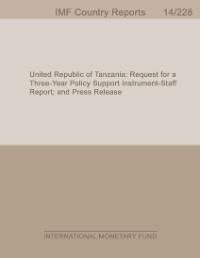 United Republic of Tanzania: Request for a Three-Year Policy Support Instrument
International Monetary Fund. African Dept.
KEY ISSUES Economic background and outlook. Tanzania has enjoyed strong and stable growth, projected to remain at 7 percent next year and in the medium term. Inflation is at 6 percent, gradually converging to the authorities’ 5 percent medium-term objective. The external current account deficit remains among the largest in the region, at 14 percent of GDP this year. Fiscal revenue shortfalls and overruns in domestically-financed spending led the deficit to rise to 6.8 percent of GDP in 2012/13. Revenue shortfalls in 2013/14 compared to the budget approved by parliament have prompted the authorities to undertake expenditure cuts during the fiscal year in an effort to meet their 5 percent of GDP target. Based on the debt sustainability analysis, Tanzania remains at low risk of debt distress. Recent program engagement. Tanzania concluded its final review under a Standby Credit Facility (SCF) arrangement, together with its Article IV consultations, on April 25, 2014. The SCF expired on April 30, 2014. Key challenges. Over the next three years, policymakers will face several challenges, including the following: • Step up needed investment in infrastructure while protecting critical social spending. These objectives will need to be pursued following careful prioritization, to preserve government debt sustainability. • Prepare for natural gas. If recent discoveries of sizeable offshore natural gas deposits are confirmed as commercially viable, sizable fiscal revenues would need to be managed to bring benefits to all Tanzanians. Against this background, the authorities are requesting a three-year PSI to be in place by the start of FY2014/15. They see the PSI as an appropriate instrument to underpin the close policy dialogue with staff, provide a positive signal to donors and markets, and safeguard policy discipline. Staff supports the authorities’ request for a PSI. 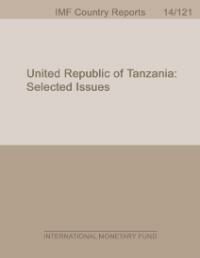 United Republic of Tanzania: Selected Issues
International Monetary Fund. African Dept.
This Selected Issues paper discusses the potential fiscal impact of a large-scale gas project and explores aspects of macro-fiscal management of the associated revenue flow. The chapter also provides background and context focusing on recent offshore natural gas discoveries. The paper also describes features of the current petroleum fiscal regime in Tanzania and will present tentative simulations of the fiscal impact of a potential gas project. A string of natural gas discoveries in Tanzania’s deep offshore waters have generated considerable expectations. The outlook for natural gas in Tanzania is positive, albeit still highly uncertain. If major revenues are obtained and put to fruitful use, they could have a transformational impact on the economy. At the same time, expectations need to be tempered by the remaining uncertainty about the eventual size of the gas resources; no company has yet made a final investment decision involving the deep offshore gas reserves. This uncertainty will hopefully diminish in the next few years.