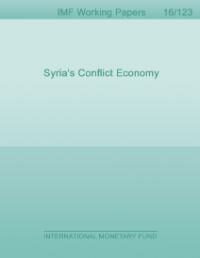 Syria’s Conflict Economy
Jeanne Gobat and Ms. Kristina Kostial
Five years into the ongoing and tragic conflict, the paper analyzes how Syria’s economy and its people have been affected and outlines the challenges in rebuilding the economy. With extreme limitations on information, the findings of the paper are subject to an extraordinary degree of uncertainty. The key messages are: (1) that the devastating civil war has set the country back decades in terms of economic, social and human development. Syria’s GDP today is less than half of what it was before the war started and it could take two decades or more for Syria to return to its pre-conflict GDP levels; and that (2) while reconstructing damaged physical infrastructure will be a monumental task, rebuilding Syria’s human and social capital will be an even greater and lasting challenge.