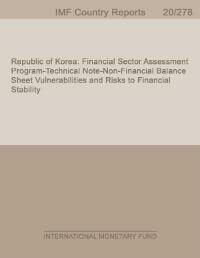 Republic of Korea: Financial Sector Assessment Program-Technical Note-Non-Financial Balance Sheet Vulnerabilities and Risks to Financial Stability
International Monetary Fund. Monetary and Capital Markets Department
Non-Financial Corporate Sector. Non-financial corporate leverage as share of GDP in Korea remains higher than peer countries but has remained stable since 2013 at around 100 percent of GDP. The stock of non-corporate debt has become slightly more resilient due to the deleveraging of non-conglomerate affiliated firms. Average firm performance has remained resilient for conglomerate-affiliated corporates but weakened for all other firms. As a result, despite the low interest rate environment, around one-quarter of total corporate debt (around 28 percent of GDP) is registered ‘at-risk’. Banks balance sheets are at risk as over half of non-financial corporate debt-at-risk resides with SMEs; Stress tests show that (i) Korean firms which are more indebted, less profitable, smaller and have lower turnover are more likely to experience difficulties servicing their debt; (ii) corporate balance sheets are vulnerable to a sudden hike in interest rates, which combined with a profit shock, could double the amount of debt-at-risk held by non-SME firms and; (iii) exchange rate shocks appear manageable given low FX debt and natural FX hedges. Under a downside macro-financial stress test scenario, non-SME credit losses would total a touch over 2 percent of GDP. Bank stress tests suggest that the maximum cumulative bank losses from distressed SME loans in a stress scenario would total around 2 percent of GDP. Together, these losses would be broadly manageable for the financial system to absorb. 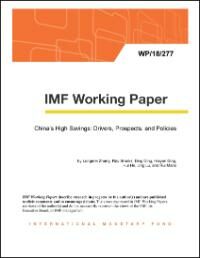 China's current account surplus has declined to around one-quarter the peak reached before the global financial crisis. While this is a major reduction in China's external imbalance, it has not been accompanied by a decisive shift toward consumption-based growth. Instead, the compression in its external surplus has been accomplished through increasing fixed investment so that it is now an even higher share of China's national economy. This increasing reliance on fixed investment as the main driver of China's growth raises questions about the durability of the compression in the external surplus and the sustainability of the current growth model that has had unprecedented success in lifting about 500 million people out of poverty over the last three decades. This volume examines various aspects of the rebalancing process underway in China, highlighting policy lessons for achieving stable, sustainable, and inclusive growth. 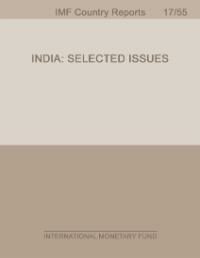 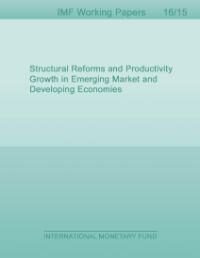 Structural Reforms and Productivity Growth in Emerging Market and Developing Economies
Ms. Era Dabla-Norris, Giang Ho, and Ms. Annette J Kyobe
This paper empirically assesses the role of structural and institutional reforms in driving productivity growth across countries at different stages of development, using a distance-to-frontier framework. It gauges whether particular policies and reforms matter more for increasing productivity growth at the aggregate and sectoral levels for some emerging market and developing economies (EMDEs) than others. Recognizing the possibility of time lags between reform implementation and reform payoffs, the paper also examines how productivity gains from various reforms evolve over the the short- and medium-term. 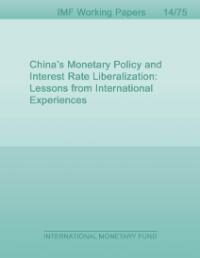 China’s Monetary Policy and Interest Rate Liberalization: Lessons from International Experiences
Wei Liao and Mr. Sampawende J Tapsoba
China has been moving to a more market oriented financial system, which has implications for the monetary policy environment. The paper investigates the stability of the money demand function (MDF) in light of progress in financial sector reforms that, for example, have resulted in significant financial innovation (so-called shadow banking) and more liberalized interest rates. The analysis of international experience suggests that rapid development of the financial system often leads to structural shifts in the MDF. For example, financial innovation and liberalization alter the sensitivity of money balances to income and the interest rate. For China, we find that the stable long-run relationship between money demand, output, and interest rates that existed between 2002 and 2008 disappears after 2008. This coincides with the period of rapid financial innovation, especially the growth in off-balance sheet and nonbank financial intermediation. The results suggest that usefulness of M2 as an intermediate monetary target has declined with financial innovation and reform. A result that underscores the importance of moving toward increased reliance on more price-based targets such as interest rates.