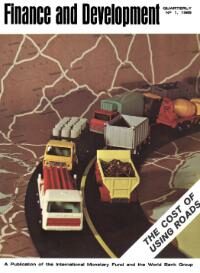 Finance & Development, March 1969
International Monetary Fund. External Relations Dept.
This paper analyzes economic implications of high rates of population growth in the world. The paper highlights that today, the world population is growing at a rate that is 30 times as high as the average rate of growth between the first century A.D. and 1650. In less developed countries, this rate is 40 times as high. In discussing the advantages that economic development derives when human fertility is reduced, the paper shows that while some commonly held beliefs about these are correct, others are out of touch with modern expert thinking.