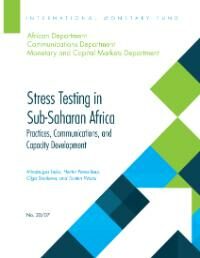 Stress Testing in Sub-Saharan Africa: Practices, Communications, and Capacity Development
Mindaugas Leika, Hector Perez-Saiz, Ms. Olga Ilinichna Stankova, and Torsten Wezel
The paper finds that supervisory stress tests are conducted in more than half of sub-Saharan African countries, particularly in western and southern Africa, and that the number of individual stress tests has grown exponentially since the early 2010s. By contrast, few central banks publish assessments of macro-financial linkages; the focus leans more toward discussing trends and weaknesses within the financial sector than on outside risks that may negatively affect its performance. 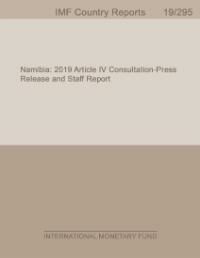 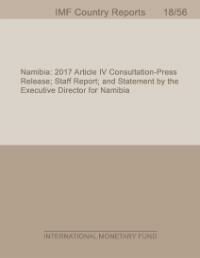 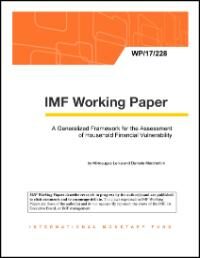 A Generalized Framework for the Assessment of Household Financial Vulnerability
Mindaugas Leika and Daniela Marchettini
Household financial fragility has received considerable attention following the global financial crisis, but substantial gaps remain in the analytical underpinnings of household financial vulnerability assessment, as well as in data availability. This paper aims at integrating the contributions in the literature in a coherent fashion. The study proposes also analytical and estimation extensions aimed at improving the quality of estimates and allowing the assessment of household financial vulnerability in presence of data limitations. The result of this effort is a comprehensive framework, that has wide applicability to both advanced and developing economies. For illustrative purposes the paper includes a detailed application to one developing country (Namibia). 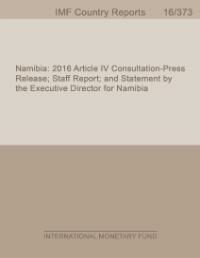 This 2016 Article IV Consultation highlights that Namibia has experienced remarkable growth and economic progress since the financial crisis. Strong policy frameworks and expansionary domestic policies have contributed to macroeconomic stability, robust growth, and rising living standards. Yet deep-rooted structural impediments have kept unemployment high and unresponsive to growth, contributing to persistently high inequality. The outlook remains positive with considerable vulnerabilities and risks. Growth is projected to temporarily weaken to 1.6 percent in 2016 as the construction of large mines ends and the government starts consolidating. 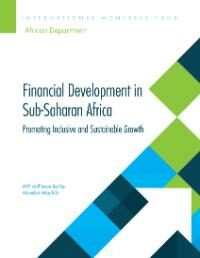 Financial Development in Sub-Saharan Africa: Promoting Inclusive and Sustainable Growth
Mr. Montfort Mlachila, Ahmat Jidoud, Ms. Monique Newiak, Bozena Radzewicz-Bak, and Ms. Misa Takebe
This paper discusses how sub-Saharan Africa’s financial sector developed in the past few decades, compared with other regions. Sub-Saharan African countries have made substantial progress in financial development over the past decade, but there is still considerable scope for further development, especially compared with other regions. Indeed, until a decade or so ago, the level of financial development in a large number of sub-Saharan African countries had actually regressed relative to the early 1980s. With the exception of the region’s middle-income countries, both financial market depth and institutional development are lower than in other developing regions. The region has led the world in innovative financial services based on mobile telephony, but there remains scope to increase financial inclusion further. The development of mobile telephone-based systems has helped to incorporate a large share of the population into the financial system, especially in East Africa. Pan-African banks have been a driver for homegrown financial development, but they also bring a number of challenges.

This book describes the reforms needed to move small middle-income countries in sub-Saharan Africa to advanced-economy status. The result of intense discussions with public officials in the countries covered, the book blends rigorous theory, econometrics, and practitioners' insights to come up with practical recommendations for policymakers. It spans topics from macroeconomic vulnerability and reserve adequacy to labor market institutions and financial inclusion. The book is a must-read for researchers interested in the economic issues facing developing countries in sub-Saharan Africa. 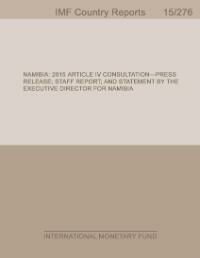 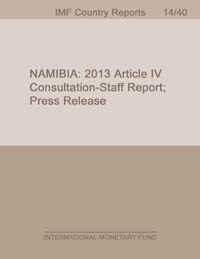 Namibia: 2013 Article IV Consultation-Staff Report; Press Release
International Monetary Fund. African Dept.
This 2013 Article IV consultation highlights Namibia’s positive growth record over the years, which has raised overall incomes and led to positive economic outcomes. However, growth has not translated into sufficient job creation, and unemployment and income inequality are persistently high. Real GDP growth is expected to moderate to 4 percent in 2013 from 5 percent in 2012 reflecting weak global demand for exports partially offset by solid growth in domestic demand. Given the uncertain external environment, the IMF staff recommends that the authorities pursue “growth-friendly” fiscal consolidation, reining in unproductive current spending while protecting growth-promoting capital spending. The IMF staff also welcomes efforts by the government to look into ways to steer a gradual reduction of the wage bill, which would improve labor market outcomes. 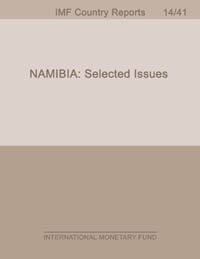 Namibia: Selected Issues
International Monetary Fund. African Dept.
This Selected Issues paper analyzes policies that can raise potential growth in small middle-income countries (SMICs) of sub-Saharan Africa (SSA). The findings suggest that although macroeconomic stability and trade openness are necessary for productivity growth, they are not sufficient. SMICs in SSA need to improve the quality of their public spending, most notably on education, to solve the problem of skill mismatch in the labor market, reduce the regulatory burden on firms, improve access to financing by small and medium-size enterprises, and pave the way for structural transformation in these economies. Given the short-term cost of these reforms, the timing and sequencing of reforms and the role of quick wins is important for their implementation. In some cases, a social bargain can be a mechanism to generate consensus around a package of mutually reinforcing reforms.