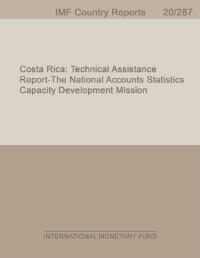 Costa Rica: Technical Assistance Report—The National Accounts Statistics Capacity Development Mission
International Monetary Fund. Statistics Dept.
A technical assistance (TA) mission, conducted by CAPTAC-DR, took place during August 27 to September 7, in San Jose, Costa Rica, to assist the Central Bank of Costa Rica (CBCR) in compiling the non-financial and financial balance sheets. This TA mission was requested in the context of the rebasing project of the national accounts series to 2017, as follow-up of a previous mission conducted in March 2018. This mission covered two purposes: 1) provide guidance to the CBCR in developing statistical methods to estimate the capital stock for the non-financial private sector (NFPS), and 2) provide TA in compiling balance sheets, as part of the annual accounts by institutional sector (AAIS) of Costa Rica. 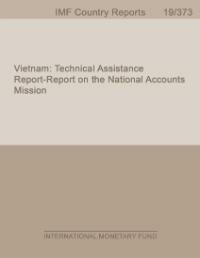 Vietnam: Technical Assistance Report-Report on the National Accounts Mission
International Monetary Fund. Statistics Dept.
This technical assistance report on Vietnam discusses evaluation of revised estimates of gross domestic product, to ensure that the compilation process is aligned with the System of National Accounts 2008 (2008 SNA) and that the methodology employed for estimation is consistent and coherent. This mission noted that the revisions follow recommendations of previous missions to implement the 2008 SNA to cover research and development and software will be treated as part of gross fixed capital formation. It is particularly important to conduct outreach to public and private data users to help them to understand the reasons for the revisions. Revisions to statistics are needed to consider changes in data sources and the economic structure. Revisions are a normal and expected part of national accounts compilation, reflecting additional information and new economic developments. 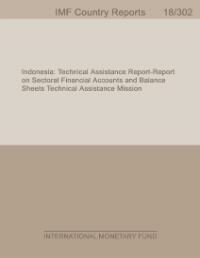 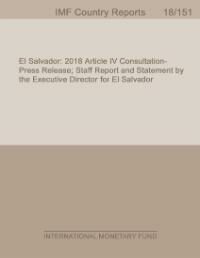 El Salvador: 2018 Article IV Consultation-Press Release; Staff Report and Statement by the Executive Director for El Salvador
International Monetary Fund. Western Hemisphere Dept.
This 2018 Article IV Consultation highlights that the real GDP of El Salvador grew above potential, at 2.3 percent in 2017, supported by lower oil prices, continued United States (U.S.) recovery, and a surge in remittances. However, El Salvador’s growth continues to lag regional peers. Inflation remained low at 1 percent, anchored by dollarization. In 2018–19, growth is expected to remain above potential at 2.3 percent, reflecting the temporary acceleration of the U.S. growth from the recent U.S. tax reform and higher grant-financed investment. The fiscal deficit would further fall to 2.2 percent of GDP in 2018, as savings from the pension reform kick in, but would rise to 2.7 percent of GDP in 2019. 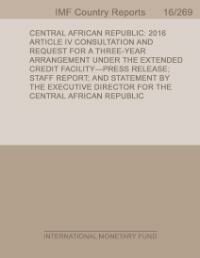 Central African Republic: 2016 Article IV Consultation and Request for a Three-Year Arrangement Under the Extended Credit Facility-Press Release; Staff Report; and Statement by the Executive Director for the Central African Republic
International Monetary Fund. African Dept.
This 2016 Article IV Consultation highlights that economic growth in the Central African Republic has remained anemic since 2013 owing to structural rigidities, poor infrastructure, and limited energy supply. Inflation reached 11.6 percent in 2014 and receded to 4.5 percent in 2015 thanks to improved supply conditions and a fall in the prices of basic imports. Corrective measures implemented in 2015 allowed revenue to reach 7.1 percent. IMF Executive Directors have commended the authorities for the progress achieved under their economic program supported by the Rapid Credit Facility, which has helped stabilize the economy, rebuild core administrative capacity, and improve the management of public resources. 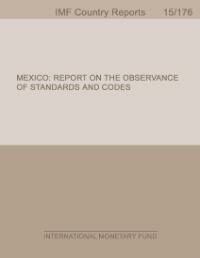 Mexico: Report on the Observance of Standards and Codes (ROSC)—Data Module Volume I
International Monetary Fund. Statistics Dept.
This paper discusses key findings of the Report on the Observance of Standards and Codes—Data Module for Mexico. Despite the progress made and envisaged, there is scope for further improvement. The IMF staff mission identified the need for greater consistency in data recording across agencies and for regular inter-institution reconciliation exercises to resolve data discrepancies. One source of discrepancies is fixed capital formation of state and local governments, which—given the weight that these subnational units have in the aggregate—may well contribute to the significant divergence between measures of investment in the government finance statistics and in the national accounts. Accuracy and reliability of national accounts data are generally adequate and have improved since 2010. 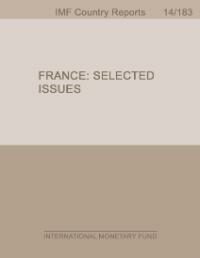 France: Selected Issues
International Monetary Fund. European Dept.
This Selected Issues paper reviews business investment patterns in France during the crisis. The main motivation is to explore whether investment has recently evolved in line with established determinants or displayed somewhat unconventional dynamics. This paper addresses three distinct questions. First, has recent investment behavior essentially been consistent with past trends or is there any discernible structural break as a result of the crisis. Second, what drove the contraction in investment during the crisis. Third, what is the investment outlook and can a swift and strong rebound going forward be expected. The paper presents main results and the outlook for investment.