The 2019 Annual Report of the IMF Committee on Balance of Payments Statistics (the Committee) provides an overview of recent trends in global balance of payments and international investment position statistics, summarizes the Committee’s work during 2019, and presents the work program of the Committee in the coming year. 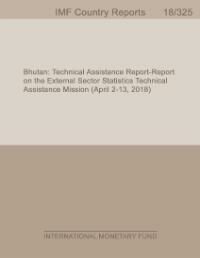 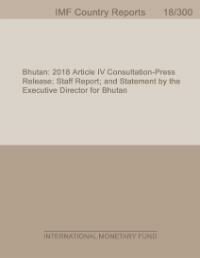 Bhutan: 2018 Article IV Consultation-Press Release; Staff Report; and Statement by the Executive Director for Bhutan
International Monetary Fund. Asia and Pacific Dept
This 2018 Article IV Consultation highlights that Bhutan continued to make strides in raising per capita incomes and reducing poverty as it concluded the 11th Five Year Plan in 2018. Notably, poverty declined from 12 percent in 2012 to 8.2 percent, and extreme poverty fell to just 1.5 percent. The country is poised to transition to middle-income status, with per capita incomes at nearly US$3,600 in 2018, up from US$1,100 in 2004. Growth has remained robust, averaging 6 percent over the 11th Plan. In FY2018, growth is expected to slow to 5.8 percent from 7.4 percent in FY2017, reflecting slowing construction activity of hydropower projects set to come on stream in 2018 and beyond. 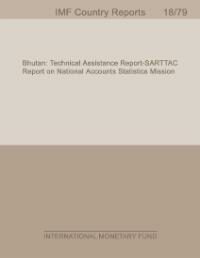 Bhutan: Technical Assistance Report-SARTTAC Report on National Accounts Statistics Mission
International Monetary Fund. Statistics Dept.
This Technical Assistance Report discusses the findings and recommendations made the IMF mission to assist the Bhutanese authorities in improving estimates of annual GDP, and in developing methods for compiling quarterly GDP estimates. The mission found that the National Statistics Bureau (NSB) is engaged in a range of projects to improve Bhutan’s national accounts statistics. Updated annual GDP statistics signal an improvement in data quality, which should enhance policymakers’ ability to formulate and operationalize evidence-based decisions. Significant improvements to Bhutan’s national accounts statistics can be achieved using a three-step process. The NSB should also keep in mind the need to incorporate methodological and conceptual/definitional revisions during the benchmarking and rebasing process.