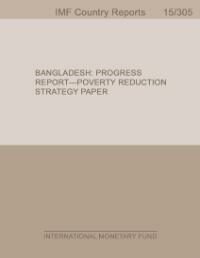 Bangladesh: Progress Report-Poverty Reduction Strategy Paper
International Monetary Fund. Asia and Pacific Dept
This paper discusses progress on Sixth Five Year Plan (2011–15) of Bangladesh. For the broad picture of performance of the Sixth Plan during the first three years in terms of achieving major development targets relating to economic growth, employment and poverty reduction is generally positive. The economy has made further solid progress in these areas, which is reassuring. Progress has also been made in transforming the economy from a rural-based agrarian economy to one that is more modern urban-based manufacturing and services-based. Export performance is on track, which has provided the impetus for the expansion of the manufacturing sector.