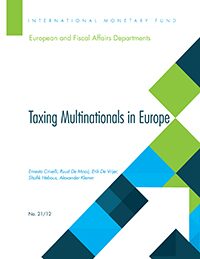 Taxing Multinationals in Europe
Ernesto Crivelli, Ruud A. de Mooij, J. E. J. De Vrijer, Mr. Shafik Hebous, and Mr. Alexander D Klemm
This paper aims to contribute to the European policy debate on corporate income tax reform in three ways. First, it takes a step back to review the performance of the CIT in Europe over the past several decades and the important role played by MNEs in European economies. Second, it analyses corporate tax spillovers in Europe with a focus on the channels and magnitudes of both profit shifting and CIT competition. Third, the paper examines the progress made in European CIT coordination and discusses reforms to strengthen the harmonization of corporate tax policies, in order to effectively reduce both tax competition and profit shifting. 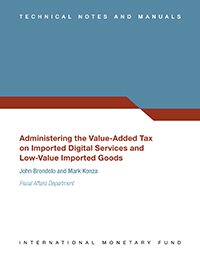 Corporate Income Taxes under Pressure
Why Reform Is Needed and How It Could Be Designed
Ruud A. de Mooij, Mr. Alexander D Klemm, and Ms. Victoria J Perry

The book describes the difficulties of the current international corporate income tax system. It starts by describing its origins and how changes, such as the development of multinational enterprises and digitalization have created fundamental problems, not foreseen at its inception. These include tax competition—as governments try to attract tax bases through low tax rates or incentives, and profit shifting, as companies avoid tax by reporting profits in jurisdictions with lower tax rates. The book then discusses solutions, including both evolutionary changes to the current system and fundamental reform options. It covers both reform efforts already under way, for example under the Inclusive Framework at the OECD, and potential radical reform ideas developed by academics. 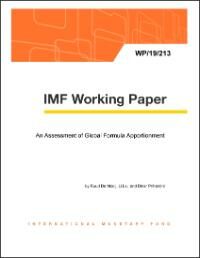 An Assessment of Global Formula Apportionment
Ruud A. de Mooij, Ms. Li Liu, and Dinar Prihardini
Formula apportionment as a way to attribute taxable profits of multinationals across jurisdictions is receiving increased attention. This paper reviews existing literature and discusses experiences in selective federal states to evaluate the economic properties of formula apportionment relative to the current international tax regime that is based on separate accounting. It highlights major advantages, such as the elimination of profit shifting within multinational groups; and it discusses new distortions and the impact on tax competition. The analysis exploits different datasets to assess the direct revenue implications for individual countries under alternative formulas. The distributional effects across countries are found to be large, reflecting major discrepancies between where profits are currently attributed and where factors of production are located or sales take place. The largest losses appear in investment hubs (i.e. countries with a disproportionate ratio of foreign direct investment to GDP), while several large advanced countries are likely to gain. Developing countries gain most likely if employment receives a large weight in the formula; they also tend to benefit, on average, from a formula based on sales by destination. 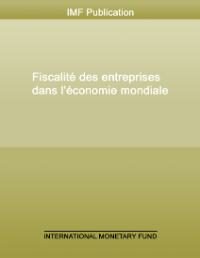 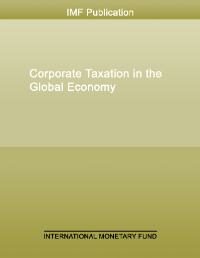 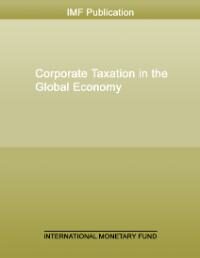 Corporate Taxation in the Global Economy
International Monetary Fund. Fiscal Affairs Dept. and International Monetary Fund. Legal Dept.
The policy paper Corporate Taxation in the Global Economy stresses the need to maintain and build on the progress in international cooperation on tax matters that has been achieved in recent years, and in some respects now appears under stress. With special attention to the circumstances of developing countries, the paper identifies and discusses various options currently under discussion for the international tax system to ensure that countries, and in particular low-income countries, can continue to collect corporate tax revenues from multinational activities. 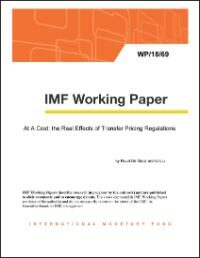