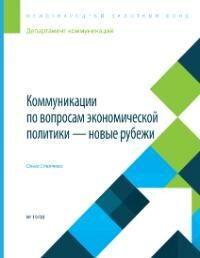 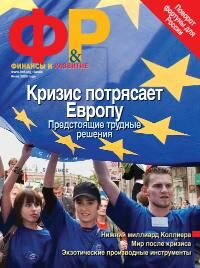 Finance & Development, June 2009
International Monetary Fund. External Relations Dept.
'Crisis Shakes Europe: Stark Choices Ahead' looks at the harsh toll of the crisis on both Europe's advanced and emerging economies because of the global nature of the shocks that have hit both the financial sector and the real economy, and because of Europe's strong regional and global trade links. Marek Belka, Director of the IMF's European Department, writes in our lead article that beyond the immediate need for crisis management, Europe must revisit the frameworks on which the European Union is based because many have been revealed to be flawed or missing. But in many respects, one key European institution has proved its mettle—the euro. Both Charles Wyplosz and Barry Eichengreen discuss the future of the common currency. Also in this issue, IMF economists rank the current recession as the most severe in the postwar period; John Lipsky, the Fund's First Deputy Managing Director, examines the IMF's role in a postcrisis world; and Giovanni Dell'Ariccia assesses what we have learned about how to manage asset price booms to prevent the bust that has caused such havoc. In addition, we talk to Oxford economist Paul Collier about how to help low-income countries during the current crisis, while Donald Kaberuka, President of the African Development Bank, writes about how African policymakers can prepare to take advantage of a global economic recovery. 'Picture This' looks at what happens when aggressive monetary policy combats a crisis; 'Back to Basics' gives a primer on fiscal policy; and 'Data Spotlight' takes a look at the recent large swings in commodity prices. 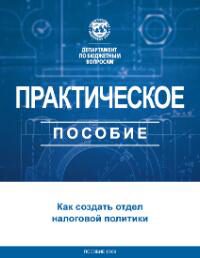 The IMF's 2013 Annual Report chronicles the response of the institution's Executive Board and staff to the global financial crisis and other events during financial year 2013, which covers the period from May 1, 2012, through April 30, 2013. The print version of the report is available in eight languages (Arabic, Chinese, English, French, German, Japanese, Russian, and Spanish), along with a CD-ROM (available in English only) that includes the report text and ancillary materials, including the IMF's Financial Statements for FY2013.

IMF economists work closely with member countries on a variety of issues. Their unique perspective on country experiences and best practices on global macroeconomic issues are often shared in the form of books on diverse topics such as cross-country comparisons, capacity building, macroeconomic policy, financial integration, and globalization.

This edition of the World Economic Outlook explores how a dramatic escalation of the financial crisis in September 2008 provoked an unprecedented contraction of activity and trade, despite active policy responses. It presents economic projections for 2009 and 2010, and also looks beyond the current crisis, considering factors that will shape the landscape of the global economy over the medium term, as businesses and households seek to repair the damage. The analysis also outlines the difficult policy challenges presented by the overwhelming imperative to take all steps necessary to restore financial stability and revive the global economy, and the longer-run need for national actions to be mutually supporting. The first of two analytical chapters, "What Kind of Economic Recovery?" explores the shape of the eventual recovery. The second, "The Transmission of Financial Stress from Advanced to Emerging and Developing Economies," focuses on the role of external financial linkages and financial stress in transmitting economic shocks.

The September 2011 edition of the World Economic Outlook assesses the prospects for the global economy, which is now in a dangerous new phase. Global activity has weakened and become more uneven, confidence has fallen sharply recently, and downside risks are growing. Against a backdrop of unresolved structural fragilities, a barrage of shocks hit the international economy this year, including the devastating Japanese earthquake and tsunami, unrest in some oil-producing countries, and the major financial turbulence in the euro area. Two of the forces now shaping the global economy are high and rising commodity prices and the need for many economies to address large budget deficits. Chapter 3 examines the inflationary effects of commodity price movements and the appropriate monetary policy response. Chapter 4 explores the implications of efforts by advanced economies to restore fiscal sustainability and by emerging and developing economies to tighten fiscal policy to rebuild fiscal policy room and in some cases to restrain overheating pressures.