The global economy is climbing out from the depths to which it had plummeted during the Great Lockdown in April. But with the COVID-19 pandemic continuing to spread, many countries have slowed reopening and some are reinstating partial lockdowns to protect susceptible populations. While recovery in China has been faster than expected, the global economy’s long ascent back to pre-pandemic levels of activity remains prone to setbacks.

Countries of the Middle East and Central Asia region have been hit by two large and reinforcing shocks, resulting in significantly weaker growth projections in 2020. In addition to the devastating toll on human health, the COVID-19 pandemic and the plunge in oil prices are causing economic turmoil in the region, with fragile and conflict affected states particularlyhard-hit given already large humanitarian and refugee challenges and weak health infrastructures. The immediate priority for policies is to save lives with needed health spending, regardless of fiscal space, while preserving engines of growth with targeted support to households and hard-hit sectors. In this context, the IMF has been providing emergency assistance to help countries in the region during these challenging times. Further ahead, economic recoveries should be supported with broad fiscal and monetary measures where policy space is available, and by seeking external assistance where space is limited. 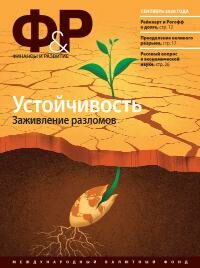 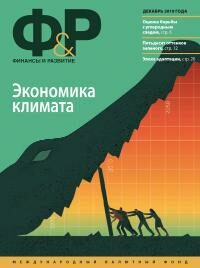 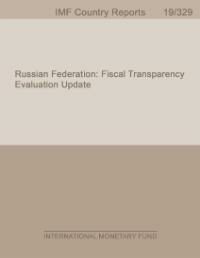 Russian Federation: Fiscal Transparency Evaluation Update
International Monetary Fund. Fiscal Affairs Dept.
Russia was one of the first countries (and first G20 country) to volunteer to pilot the IMF’s new Fiscal Transparency Evaluation (FTE). The evaluation was conducted in October 2013 on the basis of a draft version of the IMF’s revised Fiscal Transparency Code released for consultation in July 2013. The evaluation report was finalized following comments from the authorities and internal reviews and published in May 2014. In light of feedback from consultation and experience from the pilot FTEs, the Fiscal Transparency Code (“the Code”) was further refined, approved by the IMF Executive Board, and published in June 2014.1 As part of the IMF Article IV surveillance mission in May 2019, Russia’s progress in improving fiscal transparency and responding the recommendations over the past five years was evaluated. This report provides a summary of the changes to Russia’s fiscal transparency practices since 2014 and makes recommendations for further improvements.

Global growth for 2018–19 is projected to remain steady at its 2017 level, but its pace is less vigorous than projected in April and it has become less balanced. Downside risks to global growth have risen in the past six months and the potential for upside surprises has receded. Global growth is projected at 3.7 percent for 2018–19—0.2 percentage point lower for both years than forecast in April. The downward revision reflects surprises that suppressed activity in early 2018 in some major advanced economies, the negative effects of the trade measures implemented or approved between April and mid-September, as well as a weaker outlook for some key emerging market and developing economies arising from country-specific factors, tighter financial conditions, geopolitical tensions, and higher oil import bills. The balance of risks to the global growth forecast has shifted to the downside in a context of elevated policy uncertainty. Several of the downside risks highlighted in the April 2018 World Economic Outlook (WEO)—such as rising trade barriers and a reversal of capital flows to emerging market economies with weaker fundamentals and higher political risk—have become more pronounced or have partially materialized. Meanwhile, the potential for upside surprises has receded, given the tightening of financial conditions in some parts of the world, higher trade costs, slow implementation of reforms recommended in the past, and waning growth momentum.