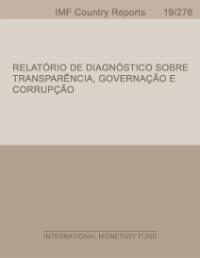 Republic of Mozambique: Diagnostic Report on Transparency, Governance and Corruption
Authorities
Mozambique’s economy is at a turning point, and efforts to address governance and corruption vulnerabilities can have a lasting positive impact. The current levels of public debt have caused us to take a hard look at our governance and anti-corruption framework and have prompted various reforms to address the vulnerabilities exposed in this framework. In general, the problems in our society, and specifically corruption, have been examined in detail recently and are clearly macro-critical.2 One study estimated the costs of corruption to Mozambique during the period 2002 to 2014 at up to USD 4.9 billion (approximately 30 percent of the 2014 GDP).3 The impact of these costs is widespread, affecting taxpayers, public service providers, the financial and private sector, as well as Mozambique’s international reputation.4 These costs are especially harmful at a time when our country has been hit by a series of shocks, notably the fall in commodity prices, drought, the withdrawal of donor budget support, and, more recently, Tropical Cyclones Idai and Kenneth. At the same time, Mozambique stands poised to reap significant revenues from natural resource reserves, and our duty as the government is to ensure the responsible stewardship of those funds for both current and future generations. By taking meaningful steps now to implement the governance and anti-corruption framework in an evenhanded, consistent, and effective manner, and to support efforts toward transparency and individual and institutional accountability, as the government, we can aim to achieve enduring results.