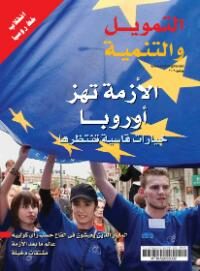 Finance & Development
International Monetary Fund. External Relations Dept.
'Crisis Shakes Europe: Stark Choices Ahead' looks at the harsh toll of the crisis on both Europe's advanced and emerging economies because of the global nature of the shocks that have hit both the financial sector and the real economy, and because of Europe's strong regional and global trade links. Marek Belka, Director of the IMF's European Department, writes in our lead article that beyond the immediate need for crisis management, Europe must revisit the frameworks on which the European Union is based because many have been revealed to be flawed or missing. But in many respects, one key European institution has proved its mettle—the euro. Both Charles Wyplosz and Barry Eichengreen discuss the future of the common currency. Also in this issue, IMF economists rank the current recession as the most severe in the postwar period; John Lipsky, the Fund's First Deputy Managing Director, examines the IMF's role in a postcrisis world; and Giovanni Dell'Ariccia assesses what we have learned about how to manage asset price booms to prevent the bust that has caused such havoc. In addition, we talk to Oxford economist Paul Collier about how to help low-income countries during the current crisis, while Donald Kaberuka, President of the African Development Bank, writes about how African policymakers can prepare to take advantage of a global economic recovery. 'Picture This' looks at what happens when aggressive monetary policy combats a crisis; 'Back to Basics' gives a primer on fiscal policy; and 'Data Spotlight' takes a look at the recent large swings in commodity prices.