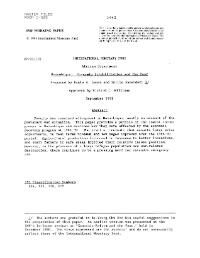 Mozambique: Economic Rehabilitation and the Poor
Mr. Paulo Silva Lopes and Mr. Emilio Sacerdoti
Poverty has remained widespread in Mozambique, mostly on account of the prevalent war situation. This paper provides a profile of the lowest income groups in Mozambique and examines how they were affected by the economic recovery program of 1986–90. The results, indicate that despite large price adjustments, in real terms minimum and low wages improved over the 1986–90 period. Agricultural production increased in response to better incentives, and small farmers in safe areas improved their relative income position. However, in the presence of a large refugee population and war-related destruction, there continues to be a pressing need for extended emergency aid.