For over 10 years, the IMF has supported adjustment and reform programs in many of its low-income members through two facilities established specifically for that purpose - the Enhanced Structural Adjustment Facility (ESAF) and its precursor the Structural Adjustment Facility (SAF). By the end of 1994, 36 countries had availed themselves of these facilities, in support of 68 multi-year programs. This study summarizes the findings of a review of the experience under these programs and of economic developments in the countries that undertook them.

For over 10 years, the IMF has supported adjustment and reform programs in many of its low-income members through two facilities established specifically for that purpose—the Enhanced Structural Adjustment Facility (ESAF) and its precursor the Structural Adjustment Facility (SAF) (see Box 1). By the end of 1994, 36 countries had availed themselves of these facilities, in support of 68 multi-year programs (see Appendix).1 This study summarizes the findings of a review of the experience under these programs and of economic developments in the countries that undertook them. Drawing on a number of detailed studies,2 it surveys the policies that have been implemented with SAF/ESAF support, assesses economic developments, and identifies possible modifications to the focus and design of ESAF-supported programs that could strengthen economic performance. Although the study is naturally concerned with the IMF’s activities, all the countries under review also received policy advice, technical assistance, and financial support for their programs from the World Bank and other agencies and donors in the international community.

Before turning to the record of adjustment and reform undertaken in ESAF countries, it is useful to recall why countries embarked on this process, and what they hoped to achieve. This section looks first, in broad terms, at the nature of the economic difficulties that countries faced prior to their first SAF/ESAF-supported program, since these naturally determined much of what followed. The objectives and key components of the strategies designed to address those problems are then summarized. The final element considered is the background—both domestic and global—against which policies were implemented.

III What Has Been Achieved?
International Monetary Fund

Progress with regard to the strategy for adjustment and reform can be assessed both on the basis of policies implemented and outcomes achieved. The experience of SAF/ESAF-supported programs—and the countries that undertook them—is reviewed below from both perspectives. Fiscal policies, inflation, structural reforms, and the degree of openness are examined first, before turning to the outcomes for economic growth and countries’ external positions. Because adjustment in the six transition economies under review began comparatively late (see Box 3 for a synopsis) and historical data are generally lacking for these countries, most of the analysis that follows relates to the nontransition countries. 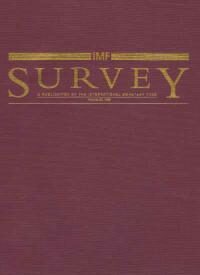 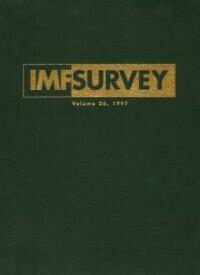 Against a backdrop of a healthy and expanding global economy, with the lowest inflation in more than thirty years and cautious optimism blanketing global equity markets, finance ministers and central bank governors of advanced and developing countries met in Washington on April 28. The Interim Committee (of the Board of Governors of the IMF), under the chairmanship of Belgium’s Philippe Maystadt, welcomed the prospects for further expansion of world output and trade, the result of sound macroeconomic policies and vigorous structural reforms in many countries. In his opening press conference on April 25, IMF Managing Director Michel Camdessus remarked that global economic prospects warranted “rational exuberance.”

Countries undertaking programs of adjustment and reform supported by the SAF and ESAF have brought their economies a long way from the doldrums of the early 1980s. Real per capita output growth among nontransition ESAF users has, on average, caught up with that in other developing countries. The social indicators in most countries have improved. Roughly three-quarters of ESAF users have moved closer to external viability. Budget deficits have been trimmed, and instances of very high inflation have been virtually eliminated. Developments in the last one to two years have been even more encouraging: while this may owe something to the favorable global environment, the liberalization and restructuring undertaken over the past decade give grounds for believing that durable gains in economic potential have been achieved in the countries under review.