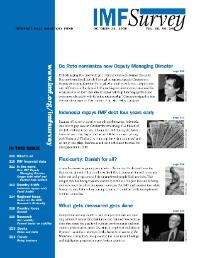 The Danish labor market model has been dubbed “flexicurity” for its ability to deliver simultaneously labor market flexibility and social security. Employers are free to hire and fire, which has encouraged them to employ a record number of people. In return, workers are entitled to generous social security benefits if they lose their jobs. At the same time, active labor market policies ensure that no person remains unemployed for more than six months at a time before being offered a new job or training. This unique mix has reduced unemployment in Denmark to a 30-year low and has helped make its economy one of the strongest in Europe. Could the Danish model work in other European countries? Paul Hilbers and Jianping Zhou of the IMF’s European Department have analyzed the Danish flexicurity model and find that it can help reduce unemployment, but is costly to implement and therefore not automatically applicable elsewhere. 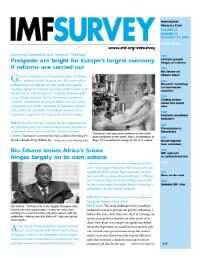 Germany’s economy, once the growth engine of Europe, has underperformed for some time. But a new reform package known as Agenda 2010 has raised hopes that far-reaching changes in Germany’s generous welfare system and financial sector will reinvigorate it. Camilla Andersen spoke to Ajai Chopra, mission chief for the recently completed Article IV consultation, and Tomas Balino, who led a team conducting an in-depth assessment of Germany’s financial sector under the joint IMF-World Bank Financial Sector Assessment Program (FSAP), about the need for change. 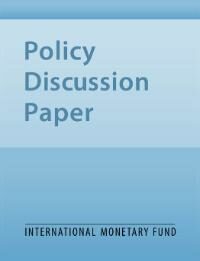 Are Europe's Social Security Finances Compatible with EMU?
Mr. George Kopits
Pursuant to the Treaty of Maastricht, members of the European Union (EU) intend to participate in the Economic and Monetary Union (EMU), in part through convergence toward specified limits on the overall deficit and gross debt of general government. The paper argues that in several EU members, the financial imbalance of social security institutions may constitute an impediment to meeting these requirements. Given a constraint on further payroll tax increases, most countries will need to undertake major reform of public pension and health-care systems, to ensure adherence to the EMU fiscal criteria in the medium to long run. 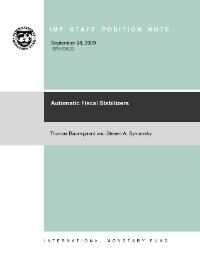 Automatic Fiscal Stabilizers
Mr. Steven A. Symansky and Mr. Thomas Baunsgaard
This paper discusses how to enhance automatic stabilizers without increasing the size of government. We distinguish between permanent changes in the parameters of the tax and expenditure system (e.g., changes in tax progressivity) that will enhance the traditional automatic stabilizer, and temporary changes triggered by certain economic developments (e.g., tax measures targeted at credit and liquidity constrained households, triggered during a severe downturn). We argue that, with some exceptions, the latter are preferable as they can be implemented with lower disruptions in other fiscal policy goals (e.g., economic efficiency). Moreover, countries should also avoid introducing procyclicality as a result of fiscal rules, as these would offset the effect of existing automatic stabilizers. 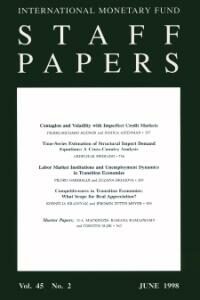 The paper proposes and solves a matching model of job reallocation between the public and the private sector, and it shows that cross-country differences in labor market institutions are broadly consistent with the dynamics of Unemployment and real wages in transition economies. Two main results arise from the analysis. First, higher unemployment benefits speed up job destruction in the state sector and private job creation at the early stages of the transition, but they increase unemployment in the long run. Second, higher minimum wages can theoretically speed up the reallocation process without affecting the long run equilibrium. 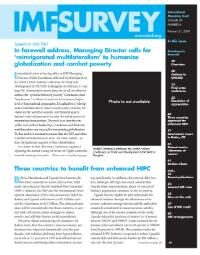 Finland’s economy has rebounded impressively from a deep crisis in the early 1990s, and its public finances have been rebuilt. On this sound foundation, the authorities face new challenges in the coming decade, including the impact of a rapidly aging population, risks of overheating in the real economy and asset markets, and high structural unemployment. 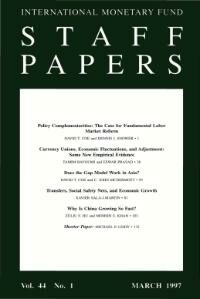 This paper argues that an important group of labor market policies are complementary in the sense that the effect of each policy is greater when implemented in conjunction with the other policies than in isolation. This may explain why the diverse, piecemeal labor market reforms in many European countries in recent years have had so little success in reducing unemployment. What is required instead is deeper labor market reforms across a broader range of complementary policies and institutions. To be politically feasible, these reforms must be combined with measures to address distributional issues. 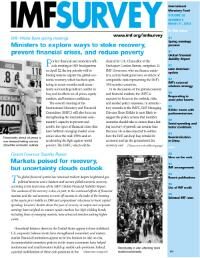 A new administration in China will soon take up the reins of one of the world’s most dynamic economies. But it will also confront rising disparities between its wealthy (and aging) and more backward (and more youthful) provinces and the growing urgency of addressing education, health care, pension, and industrial restructuring needs. Increased revenue, a rationalization of tax authority, and improved accountability will be key. In a recent IMF Working Paper, Ehtisham Ahmad and coauthors Li Keping, Thomas Richardson, and Raju Singh examined China’s fiscal reform efforts over the previous decade and its future priorities. Ahmad talks to the IMF Survey about why recentralization may also provide an effective strategy for decentralization. 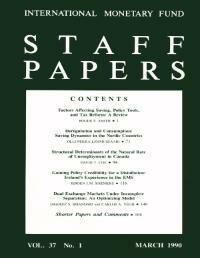 Structural Determinants of the Natural Rate of Unemployment in Canada
DAVID T. COE

Empirical estimates are presented of the policy and structural determinants of the natural rate of unemployment in Canada. The structural features of the economy that impinge on the adjustment of real wages to their equilibrium level are discussed, and estimates are presented showing how the generosity of the unemployment insurance system is related to past levels of unemployment. The empirical results indicate that government policies have been largely responsible for changes in the natural rate, and, hence, they can contribute to a reduction in the natural rate in the medium term.