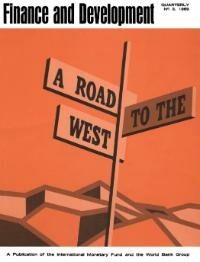 In an article in the last issue of Finance and Development Adolf J.H. Enthoven showed how accountancy has through its history continuously responded to new needs. In this article he indicates how he believes it should now respond to the requirements of the developing countries. 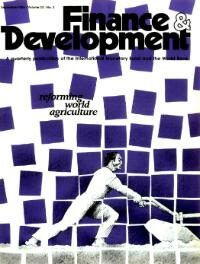 Aid coordination: a recipient’s perspective: The view from Togo
Sven B. Kjellstrom and and Ayité-Fily d’Almeida

This paper examines the trade and pricing policies in world agriculture. In the United States, the government pays farmers not to grow cereals and in the European Community, farmers are paid to grow more. Many have raised nominal producer prices but followed macroeconomic and exchange rate policies that left real producer prices unchanged or lower than before. Many have set up complex systems of producer taxation, and then established equally complex and frequently ineffectual systems of subsidies for inputs to offset that taxation. 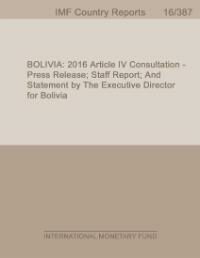 This 2016 Article IV Consultation highlights Bolivia's substantial economic and social progress, boosted by the commodity boom. Growth has been strong, averaging about 5 percent since 2006, and poverty has fallen by a third. During this time, the authorities built up sizable buffers and largely dedollarized the financial system. Real GDP growth is projected at 3.7 percent in 2016, which is still relatively strong by regional standards. In the medium term, growth is expected to converge toward 3.5 percent, consistent with the new commodity price normal, amid persistent twin deficits. 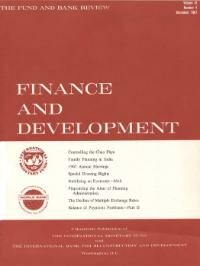 This paper discusses the project financed by the World Bank for controlling the flow of the Chao Phya River in Thailand. Chao Phya is the lifestream of the Thai people. However, this river, and its principal tributaries are, in their natural state, capricious rivers. In the early 1950s, the World Bank began assisting the Thai government in a series of projects designed to break this ancient tyranny of the rivers’ violent changes. The paper describes how the river is being tamed for irrigation and navigation, and how they are providing electric power and other benefits.