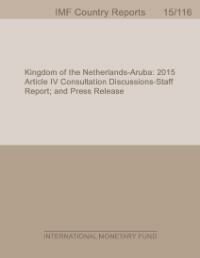 Kingdom of the Netherlands—Aruba: Staff Report for the 2015 Article IV Consultation Discussions
International Monetary Fund. European Dept.
This 2015 Article IV Consultation highlights that Aruba has been recovering from a severe double-dip recession. The economy faced two major shocks over the past five years—the global financial crisis and shutdown of the Valero oil refinery in 2012. After a strong recovery in 2013 with growth reaching 4.75 percent, the pace of activity moderated in 2014. In 2015, growth is projected to rise to 2.25 percent. The tourism sector—the mainstay of the Aruban economy—is envisaged to grow, albeit at a slower rate. Moreover, domestic demand is slated to recover notably amid subsiding policy uncertainty and as key public-private partnership projects move forward. 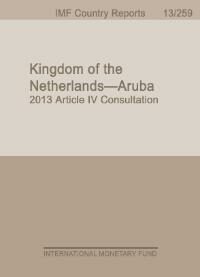 Kingdom of the Netherlands-Aruba: Selected Issues and Statistical Appendix
International Monetary Fund. European Dept.
This Selected Issues paper analyzes sustaining potential growth in Aruba. As in the other Caribbean countries, there are growing concerns in Aruba about the slowdown in economic growth over the past two decades and the consequent tepid outlook for potential growth. Tackling such concerns requires identifying the underlying factors. This paper presents an overview of Aruba’s economic growth performance since 1990, analyzes factors behind the slowdown, and discusses how potential growth can be sustained. It suggests that Aruba should aim to finance its renewable energy and other future growth initiatives sustainably.