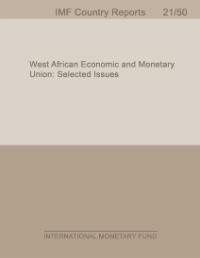 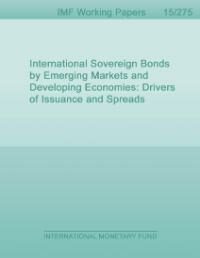 International Sovereign Bonds by Emerging Markets and Developing Economies: Drivers of Issuance and Spreads
Mr. Andrea F Presbitero, Mr. Dhaneshwar Ghura, Mr. Olumuyiwa S Adedeji, and Lamin Njie
What determines the ability of low-income developing countries to issue bonds in international capital and what explains the spreads on these bonds? This paper examines these questions using a dataset that includes emerging markets and developing economies (EMDEs) that issued sovereign bonds at least once during the period 1995-2013 as well as those that did not. We find that an EMDE is more likely to issue a bond when, in comparison with non-issuing peers, it is larger in economic size, has higher per capita GDP, and has stronger macroeconomic fundamentals and government. Spreads on sovereign bonds are lower for countries with strong external and fiscal positions, as well as robust economic growth and government effectiveness. With regard to global factors, the results show that sovereign bond spreads are reduced in periods of lower market volatility. 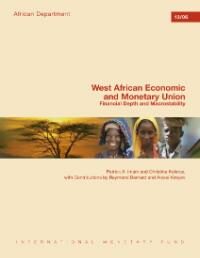 West African Economic and Monetary Union: Financial Depth and Macrostability
Patrick A. Imam and Ms. Christina Kolerus
The financial system in the WAEMU remains largely bank-based. The banking sector comprises 106 banks and 13 financial institutions, which together hold more than 90 percent of the financial system’s assets (about 54 percent of GDP at end-2011). Five banks account for 50 percent of banking assets. The ownership structure of the sector is changing fast, with the rapid rise of foreign-owned (pan-African) banks. This contributes to higher competition but also rising heterogeneity in the banking system, with large and profitable cross-country groups competing with often weaker country-based (and sometime government-owned) banks. Nonbank financial institutions are developing quickly, notably insurance companies, but remain overall small. This paper presents a detailed analysis of the banking system.

Financial sectors in low-income sub-Saharan Africa (SSA) are among the world's least developed. In fact, assets in most low-income African countries are smaller than those held by a single medium-sized bank in an industrial country. The absence of deep, efficient financial markets seriously challenges policy making, hinders poverty alleviation, and constrains growth. This book argues that building efficient and sound financial sectors in SSA countries will improve Africa's economic prospects. Based on a review of the key features of financial systems, it discusses the main obstacles and challenges that financial structures pose for SSA economies and recommends steps that could address major shortcomings in implementing the reform agenda. 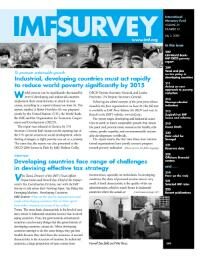 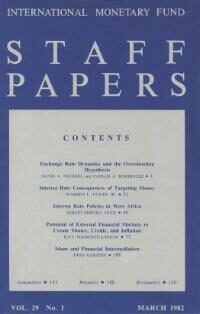 IMF Staff papers: Volume 29 No. 1
International Monetary Fund. Research Dept.
This paper analyzes determinants of the evolution of exchange rates within the context of alternative models of exchange rate dynamics. The overshooting hypothesis is examined in models that emphasize differential speeds of adjustment in asset and goods markets as well as in models that emphasize portfolio balance considerations. It is shown that exchange rate overshooting is not an intrinsic characteristic of the foreign exchange market and that it depends on a set of specific assumptions. It is also shown that the overshooting is not a characteristic of the assumption of perfect foresight, nor does it depend in general on the assumption that goods and asset markets clear at different speeds. If the speeds of adjustment in the various markets are less than infinite, the key factor determining the short-run effects of a monetary expansion is the degree of capital mobility. When capital is highly mobile, the exchange rate overshoots its long-run value, and when capital is relatively immobile, the exchange rate undershoots its long-run value. When internationally traded goods are a better hedge against inflation than nontraded goods, the nominal exchange rate overshoots the domestic price level, and conversely.