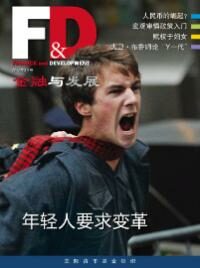 Finance & Development, March 2012
International Monetary Fund. External Relations Dept.
Young people, hardest hit by the global economic downturn, are speaking out and demanding change. F&D looks at the need to urgently address the challenges facing youth and create opportunities for them. Harvard professor David Bloom lays out the scope of the problem and emphasizes the importance of listening to young people in "Youth in the Balance." "Making the Grade" looks at how to teach today's young people what they need to get jobs. IMF Deputy Managing Director, Nemat Shafik shares her take on the social and economic consequences of youth unemployment in our "Straight Talk" column. "Scarred Generation" looks at the effects the global economic crisis had on young workers in advanced economies, and we hear directly from young people across the globe in "Voices of Youth." Renminbi's rise, financial system regulation, and boosting GDP by empowering women. Also in the magazine, we examine the rise of the Chinese currency, look at the role of the credit rating agencies, discuss how to boost the empowerment of women, and present our primer on macroprudential regulation, seen as increasingly important to financial stability. People in economics - C. Fred Bergsten, American Globalist Back to basics - The multi-dimensional role of banks in our financial systems. 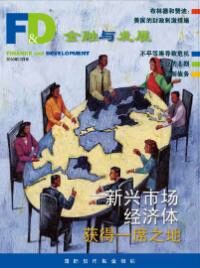 Finance & Development
International Monetary Fund. External Relations Dept.
This issue of F&D looks at the growing role of emerging markets. Analysis by the IMF's Ayhan Kose and Eswar Prasad, professor of trade policy at Cornell University, argues that their economic ascendance will enable emerging markets such as Brazil, China, India, and Russia to play a more significant part in global economic governance and take on more responsibility for economic and financial stability. And Vivek Arora and Athanasios Vamvakidis measure how China's economy is increasingly affecting the rest of the world not just its neighbors and main trading partners. In addition, F&D examines a variety of topics that are particularly relevant as the world struggles to shake off the crisis. Alan Blinder and Mark Zandi look at the positive effects of stimulus in the United States. Without it, they say, the United States would still be in recession. IMF researchers look at how countries can get debt under control, and what happens when government debt is downgraded. Other articles examine the human costs of unemployment, how inequality can lead over time to financial crisis, and what changes in the way banks do business could mean for the financial system. Two articles look at Islamic banking, which was put to the test during the global crisis and proved its mettle, and in Faces of the Crisis Revisited, we continue to track how the recession affected several individuals around the world. This issue of F&D profiles Princeton economic theorist Avinash Dixit in the regular People in Economics feature, and Back to Basics looks at externalities.