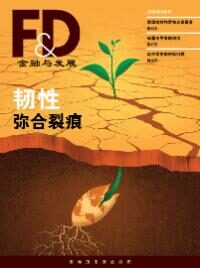 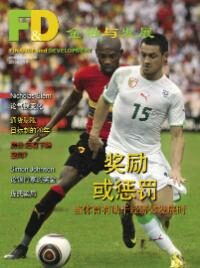 Finance & Development, March 2010
International Monetary Fund. External Relations Dept.
Prize or Penalty: When Sports Help Economies Score" looks at why countries vie to host the world's most costly sporting events. And, in a series of articles on "After the Crisis," we discuss why some countries were hit harder than others; how were shocks transmitted round the world, and whether protectionist pressures might intensify in 2010. As usual, we take on a number of hot topics, including housing prices, bankers' bonuses, Ponzi schemes, and inflation targeting. In "Picture This" we see that the number of hungry is on the rise, topping 1 billion. Our regular "People in Economics" column profiles Daron Acemoglu, the Turkish-born intellectual who won the American Economic Association's award in 2005 for the most influential U.S. economist under the age of 40. "Back to Basics" explains inflation; and "Data Spotlight" looks at how dollarization is declining in Latin America. Also includes articles by Nick Stern on climate change and Simon Johnson on bonuses and the "doomsday cycle 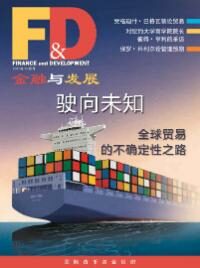 Finance and Development, December 2013
International Monetary Fund. External Relations Dept.
For the latest thinking about the international financial system, monetary policy, economic development, poverty reduction, and other critical issues, subscribe to Finance & Development (F&D). This lively quarterly magazine brings you in-depth analyses of these and other subjects by the IMF’s own staff as well as by prominent international experts. Articles are written for lay readers who want to enrich their understanding of the workings of the global economy and the policies and activities of the IMF.