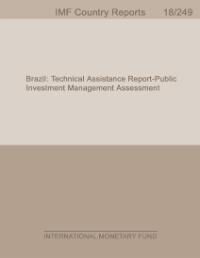 Brazil: Technical Assistance Report-Public Investment Management Assessment
International Monetary Fund. Fiscal Affairs Dept.
Brazil is the largest country in Latin America with a varied geography and a population of over 200 million spread across 26 diverse states, generating wide-ranging infrastructure needs. Over the decades, many government investment initiatives have been launched to address these needs, however there remains a significant infrastructure gap in Brazil which continues to hamper growth potential. Over the past two decades, public investment has been considerably below the regional and income group averages and this has translated into much lower capital stock. Public investment averaged around 2 percent of GDP during the period 1995 to 2015, compared with 6.4 percent for Emerging Market Economies (EME) and 5.5 percent for Latin American Countries (LAC). As a result, public capital stock in 2015 was only 35 percent of GDP compared with an average of 92 for EME and 87 for LAC. 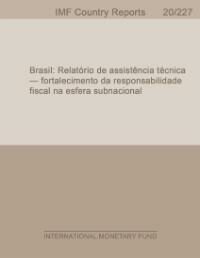 Brazil: Technical Assistance Report-Strengthening Fiscal Responsibility at the Subnational Level
International Monetary Fund. Fiscal Affairs Dept.
The fiscal challenges of Brazil’s states and municipalities can have a significant impact on the economy and the provision of core public services. The subnational governments (SNGs) account for a large share of public expenditures, including public investment. As such, their fiscal problems can hamper the economic recovery and the public finances of the federal government. In recent years, many states and municipalities have been struggling with high debt or severe liquidity pressures. Some have already defaulted on part of their debt and are running payment arrears (wages and suppliers). The federal government has already provided a substantial package of financial support through debt service relief.

In spite of a slower U.S. economy and recent market turbulence, growth in the Latin America and Caribbean region has continued at a robust pace. This reports explores the resilience of the LAC region to external shocks and the policy challenges involved in sustaining the region’s improved fundamentals. The analysis focuses, in particular, on real and financial linkages with the United States, the strength of underlying fiscal positions, and the sustainability of the ongoing credit boom.